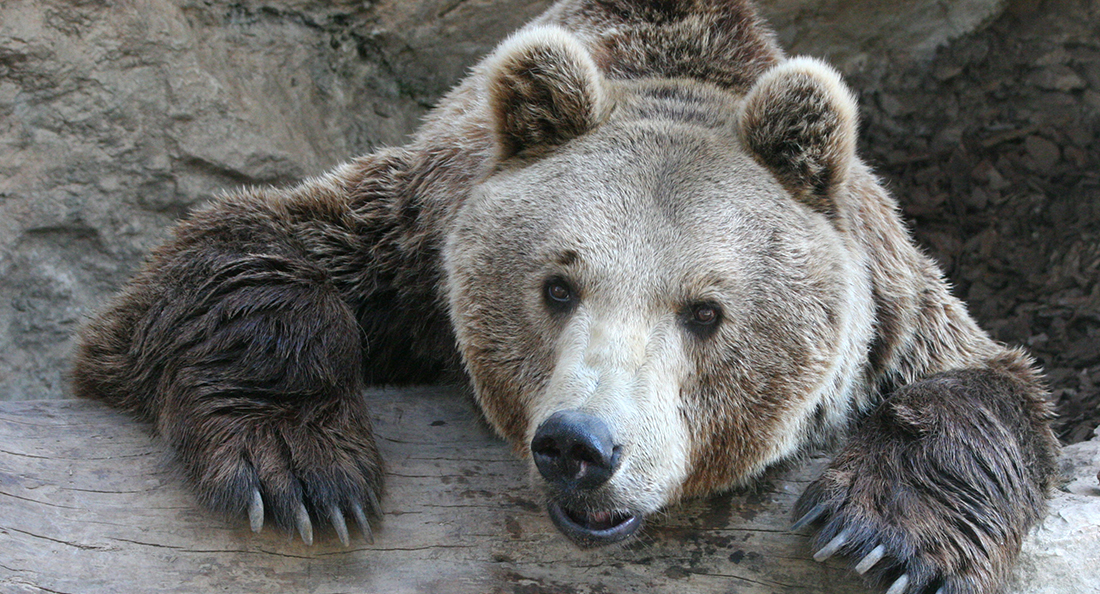 It may look quite cuddly, but the brown bear is a powerful animal, one of the largest terrestrial carnivores: it can weigh as much as 700 kg! It has a wide distribution, and though Alaskan bears are especially large, the ones found in southern Europe weigh less than 100 kg…

It is omnivorous and particularly likes fruit and plants which it finds by smell rather than sight.

The species is not at risk at global level, though some populations are, especially in France: there are approximately 24 bears left in the Pyrenees (2013 data).

At the zoo you will find Burn, one of the oldest males in Europe. He has been living alone since the death of his brother in May 2020. But don’t worry: the bear is a lonely animal, and not having a companion is not a concern for him.
In addition, zookeepers, veterinarians and biologists are very caring with him!
He kept his natural rhythm, hibernating in his den according to the weather conditions from November to February. Except this period, perhaps you will be able to see it swimming, thanks to the basin with underwater vision!